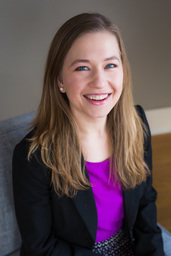 Lindsay is originally from Richmond, VA where she began flute lessons at age 10 with Alice Hammel. She received her BM in music education, studying flute with Beth Chandler, from James Madison University in Harrisonburg, VA in 2007, and then studied with flutist Trevor Wye at his home studio in Ashford, Kent, England. The summer of 2009 she interned in the education department of the National Symphony Orchestra at the Kennedy Center in Washington, DC before finishing her MM in flute performance, studying with John Bailey, at the University of Nebraska-Lincoln in 2010. Since receiving her MM she's had several roles including teaching Intro to Music at Gillette College, serving on the Board of Directors for the Powder River Symphony in Gillette, WY teaching flute, piano, and Children's Music Academy at Harris Academy of the Arts, teaching flute as adjunct faculty at Doane University in Crete, NE and working in arts education and outreach at both the Lied Center for Performing Arts and the Hixson-Lied College of Fine and Performing Arts at UNL. She served as the Director of Community Partnerships for Lincoln's Symphony Orchestra from July 2013 to Jan 2017, before transitioning to the Director of Community & Learning for Lincoln Children's Museum. In October, 2020 Lindsay left her role at LCM to work with Nebraska Children & Families Foundation and the Communities for Kids program. In August, 2012 she performed at the National Flute Association Annual Convention in Las Vegas and in August, 2013 she performed with the Professional Flute Choir and on the Newly Published Music Recital as a convention Performers Competition Winner. She plays in Coro di Flauti and is active in the Lincoln Alum/Patroness Chapter for Sigma Alpha Iota.

Jake Bartlett earned is D.M.A. in Vocal Performance from the University of Nebraska under the direction of William Shomos. He has studied and performed professionally since 2001, receiving statewide, regional, national, and international awards. He has taught voice at the University of Nebraska, Northwest Missouri State University, privately, and, most recently, at Gillette College in Wyoming. Jake is the former Director of Choral Activities at Gillette College, where he built a music program from scratch. Other posts include Director of the Lincoln Continentals men's chorus in Lincoln, Nebraska, and graduate assistantships at UNL and Northwest Missouri State University. Jake is currently Assistant Professor of Music at Peru State College, where he will teach Applied Voice, Show Choir, Music Appreciation, and run the most high-tech recording studio within a 500 mile radius. Professionally, Bartlett has been asked to perform two national guest recitals in the last year, along with being selected to present at International and Regional College Music Society Conferences. He has also been nominated to direct the Northeast District Wyoming Honor Choir.
Powered by